There are only few companies that have lasted through two world wars, a global economic crisis, the oil crisis and many more. The Wilhelm Herm. Müller GmbH & Co. KG located in Garbsen near Hanover is one of them. Exactly 100 years ago, in January 1916, Wilhelm Hermann Müller founded the company bearing his name. Today our company supplies national and international customers with mechanical drive elements with a focus on timing belt technology and with rubber and plastic products.

After World War II, Wilhelm Herm. Müller was already widely known in all of Germany as “Rubber Müller” for the sale of technological rubber products and timing belts. As a long-term strategy in light of the future development of drive technology, our company started investing in the establishment and expansion of an international sales network as early as 1964. To expand their timing belt technology even more, Müller participated in a pulley manufacturing company in the 1980s. After the end of the Cold War, additional sales locations in Poland and the Czech Republic followed.

The 1990s were characterised by the establishment of a new business section, plastics technology. To complement semi-finished plastic products, which were already part of the product range, the company invested in a modern production facility for CNC milled and turned parts.  To expand the plastics portfolio even further, a year ago Müller took over 100 % of what is today BESA Kunststoffe GmbH, a manufacturer of acrylic glass elements. The combination of several decades of experience in drive technology and in the area of traction drives, the years of international sales and tight interconnection with timing belt manufacturers even into the development departments make it possible for Müller to achieve its great development competence and provide a quick on-site service.

On the anniversary on 12 January, the two directors Michael Ellinger and Ulrich Roßner with their 100 employees do not just look back at their own history, but also forward to a very positive future. 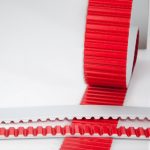 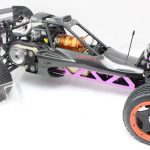